The perfect artistic glass window is a complex combination of different techniques that must be carefully considered to produce a coherent and harmonious whole: the idea, the sketch, the lead drawing, the choice of cut glass, the colours, firing, soldering and finally installation.

The lead binding technique involves cutting and arranging pieces of cut glass into special designs, which are then bound together using lead came. Once the lead came has been soldered a special mastic is applied to the design making it waterproof and solid, giving the overall piece a remarkable strength. 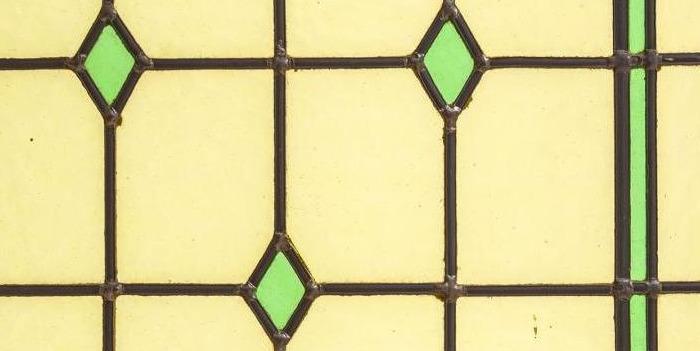 Tiffany-style glasswork takes its name from the American who first created it. This technique has become extremely popular in interior design. The intricately cut glass pieces are held together using soldered copper foil to create lightweight decorative patterns. 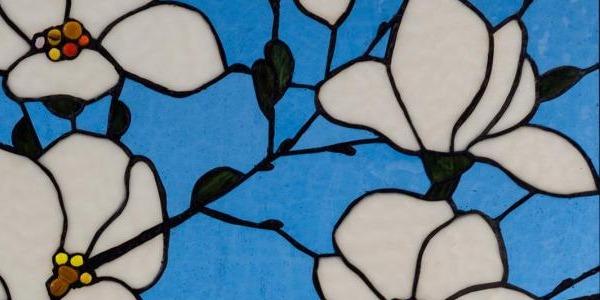 The oxides are sprinkled on one surface to define outlines and create chiaroscuro effects.

The colours are produced by glazes applied to the opposite surface. 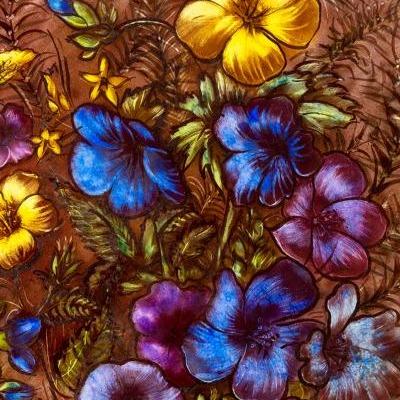 The sandblasting process begins by masking a glass pane with protective films. The unprotected surface is then sandblasted with grains of different sizes to obtain uniform or shaded patterns of opaque surfaces. 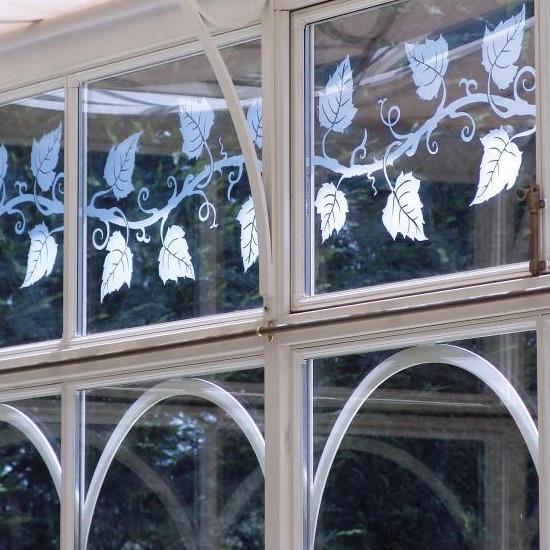 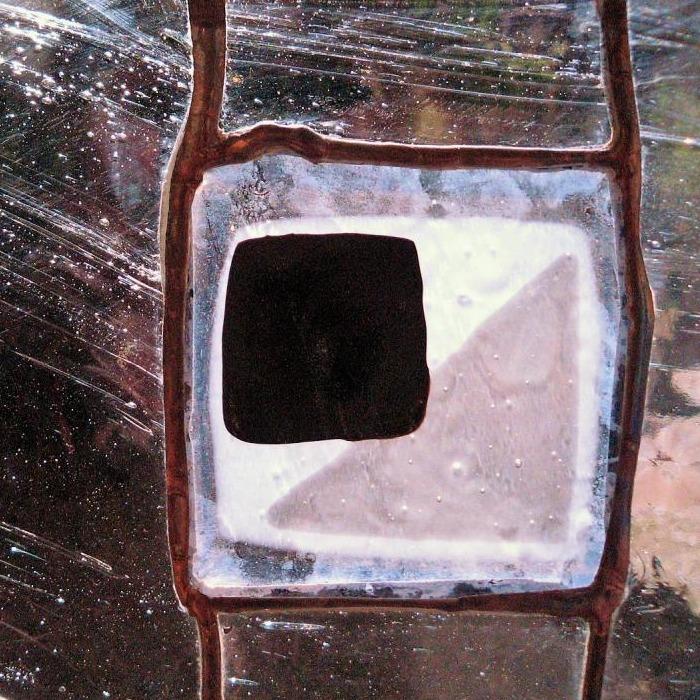 The oldest glass artefacts date back to approximately 4000 B.C., and were found in a geographical area that extended from the Mesopotamian basin to Egypt. But it was the Romans, in around 100 B.C. who perfected the technique of glassblowing and used the first panes of glass in windows. In the Middle Ages the use of stained glass was widespread in ecclesiastical architecture, as light and its diffusion became a metaphor for divinity and the radiance of its virtues on the earthly world.

As Romanesque style turned to Gothic in the first half of the 13th century, the use and development of stained glass flourished. This is especially evident in France, where a particular blend of techniques used in painting and miniatures emerged.
In the 14th century, numerous stained glass windows were also produced in central Italy. The oldest are those adorning the Upper Basilica in Assisi, which were created by German masters. From the 16th century onwards, stained-glass windows exploring profane themes also began to appear in the form of decorative features for private residences. These included coats of arms, hunting scenes, landscapes and the first examples of non-religious figures. The most famous and sought-after glass masters at the time were Flemish, working along the lines of Bosch and Van Orley.

By the 18th century the art all but died out everywhere except in England, and would only be rediscovered in the next century. Stained glass was now being studied seriously, and workshops were reopening. New creations were being produced and the older originals became sought after by collectors. In England, the Pre-Raphaelites, William Morris and Edward Burne-Jones brought medieval and modern styles together, paving the way for the triumph of stained glass as a secular and bourgeois decorative medium that prevailed in the Art Nouveau years. The delicate interweaving of floral and geometric subjects that typify this style gave rise to the production of highly technical and complex decorative designs.

Perhaps the most famous and innovative contribution to the revival of glass as an artistic material came from the American designer Louis Comfort Tiffany, who opened his workshop in New York in 1882. It was here that he created objects inspired by the plant and floral world their strange opalescent and metallic effects.
He is credited with developing a new technique for assembling glass that bears his name. Modern versions of his famous lamps and stained-glass windows are still being produced and imitated today, and their popularity in antiques markets testifies to the eternal appeal of his creativity. In the 20th century, other famous artists such as Leger, Braque, Matisse and Chagall took an interest in this artistic technique, producing highly original and appreciated interpretations. Today glass art is still considered to be the oldest and most fascinating form of ornamental art.